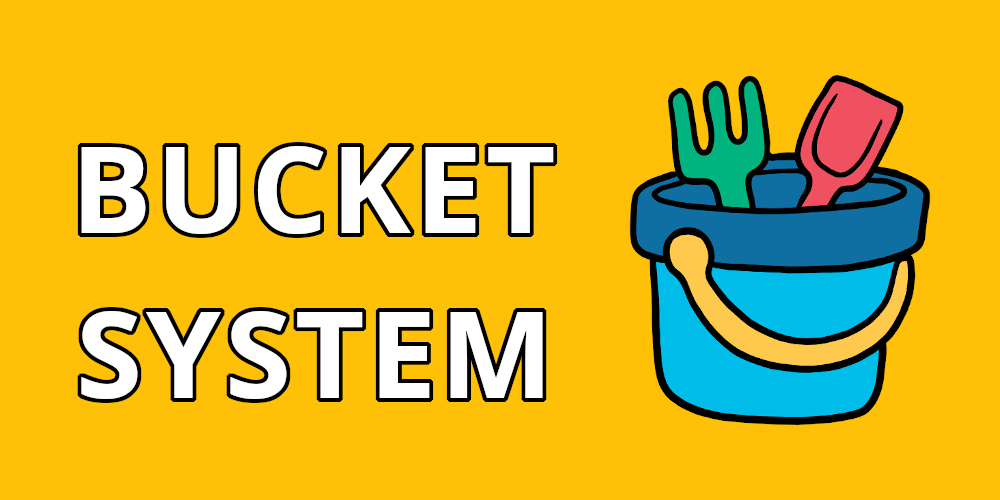 Bucket System is often confused with Planning Poker or T-shirts. Despite some similarities, it is different. The main purpose of this technique is to briefly estimate a large backlog and assign Story Points. The naming of the bucket system is connected with the simple explanation of how Story Points work.

Imagine that work is a sand and Story Points estimates are sizes of buckets you need to fit some portion of sand into. In the classic Fibonacci sequence, there are sizes like 1, 2, 3, 5, 8, 13, and so on. Looking at the pile of sand, 3.5 liters big you will probably still manage to put it into 3 liters bucket. On the other hand, 4 liters will be too much.

Determining the border is a hard problem, wider known as the Sorites paradox. Commonly teams spend irrational amounts of time during Planning Poker deliberating on the difference between 3 and 5. And the bigger backlog is the more time team spends on such nonsense.

Bucket system as a solution

Having in mind a story with sand assumes that you don’t have all the cards from the deck and prepare cards with only 3 numbers. They will represent three cases:

Give these 3 cards to every member and explain that they should vote on a number which they are certain will be enough (so if they were wondering between 3 and 5 – they will now show 10 instantly).

Why such weird numbers?

To easily distinguish estimates gather by Bucket System from others, for instance, done later with Team Estimation Game.

If you think that such precision is not enough then consider adding additional steps. They are well described by Mathias Holmgren.

Some teams say that they use the bucket system with only S, M, and L labels. This is in fact them using T-shirt estimation.

Use this technique to estimate a large backlog with the team. I recommend using such an approach that you estimate tasks twice. Do the first estimate with the Bucket System and later with a different technique, when stories are about to be selected to Sprints.