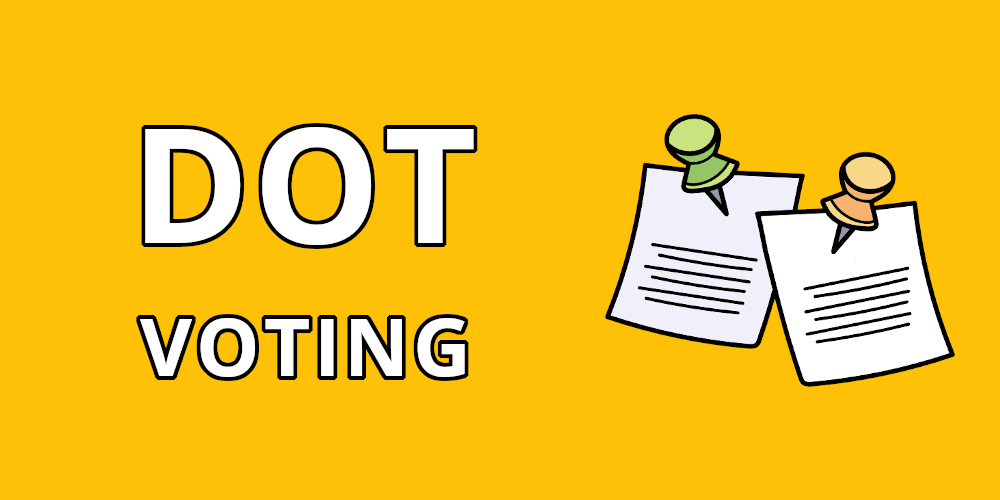 This method is very common during brainstorming sessions. It is a popular tool in the decision-making process. The name Dot Voting refers to small dot stickers you put on post-its during workshops. Luckily with minor modifications, it can be successfully used in the estimation process.

It is very similar to Business Poker or Poker Chips Voting mentioned in the meetings facilitation tricks article.

Putt all subjects of estimation on post-it cards, write them on a wall or list them in the excel. Although the tool is irrelevant, the purpose is to visualize the whole list for everyone.

Tell every participant, that they have such amount of votes as the total number of issues. They can put all their votes on one issue if they like, but their voting should represent their opinion about the amount of work that needs to be done. In other words, the more points (or dots – since Dot Voting), they put to an issue – the more work it needs.

After everyone finishes voting, summarize all dots and treat these summaries as Story Points estimates.

Vote secretly if you can

There are known problems with the Dot Voting described pretty well in Dotmocracy is broken article. However, most of those problems don’t exist when you are using this method to estimate. To avoid the on that exists, the bandwagon effect use tools that let participants vote secretly (that’s why excel + private messages are better than whiteboard in this case).

When to use Dot Voting?

Dot voting can be used as any other Story Points estimation technique, like the Team Estimation Game or Scrum Poker.

However, because of the fixed limit of dots, this technique CAN’T be used to continuously estimate new features. You can use is for estimating the whole new Backlog, but it useless with estimating only part of a Backlog when rest is already estimated.